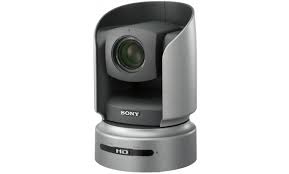 The Sony BRC-H700 high definition video camera is designed for a variety of remote acquisition applications, especially in television production for recording programs and for use as weather or even traffic camera. The PTZ (Pan Tilt Zoom) camera can display images onto a large screen in auditoriums, teaching hospitals, sporting events, trade shows, and even concerts.  This unit is also ideal for distance learning applications in which clear high definition images need to be projected onto electronic whiteboards during a presentation or other function.

The Sony BRC-H700 also features three 1/3 inch HD CCDs with 1.07 megapixels, delivers accurate color reproduction, and is ideal for taking pictures or videos in low light environments. The BRC-H700 has a wide pan range of 340 degrees and a tilt range of 120 degrees.  Both the pan and tilt speeds are variable within the range of 25 to 60 degrees a second, so the camera can capture both fast and slow-moving objects with minimal rocking vibration.  The camera also includes a 12X optical autofocus zooming lens, which allows for a zoom capability of up to 48X when used in combination with the 4X digital zoom.

You can also control the BRC-H700 by external devices which include the optional RM-BR300 remote control via Sony's VISCA protocol.  Local controls such as PTZ settings and any of the 16 presets can easily be accessed.   The BRC-H700 has a card slot that accepts a variety of optional interface cards, including the HD-SDI, SD/SD, I Link, and even connections for use with computers.

Other features include an image flip function for installation flexibility on ceilings or other flat surfaces and up to 16 presets for operational ease of use. 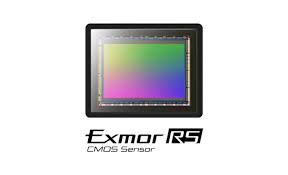 Beginning with their adoption of cellular phones back in 2002, Sony's CMOS sensors for megapixel class camera cell phones and digital high definition video cameras have become widely used in commercial products. The greatest strength of the CMOS sensors is that by including both digital and analogue circuits on the same chip, their readout speed can be made much faster than the CCD.  Sony is now developing high-speed CMOS sensors for digital cameras that will provide continuous imaging from all pixels at an amazing frame rate of 60 frames.
Here recently, the trend towards higher pixel counts in consumer digital cameras have continued, and now it's possible to take high resolution still images conveniently.  Until now, Sony focused efforts in the image sensor area on increasing the pixel count and improving the characteristics of the pixels to achieve high-resolution imaging that everyone loves about high definition video cameras.
Sony is also aiming for an image sensor that will be able to capture and express surprise and emotion
and is now putting efforts into a CMOS sensor that can do just that. Even though image quality will improve as you increase the amount of information you capture, until now, the still image quality of pictures has been improved by spatial resolution increases. The amount of information, however, can be increased not only by spatial resolution increases but also by increasing the amount of information in the time direction as well.
If anything can be said about Sony technology, it would be to never doubt it.  Sony creates very amazing
products, and are among the leaders in camera technology today.  The CMOS sensor is just another
step for Sony in the world of high definition video cameras, making it something you can't go wrong with.
Tags
digitalcamera
Related Article