Sony acquires Bungie with a value of Rp 51 trillion. 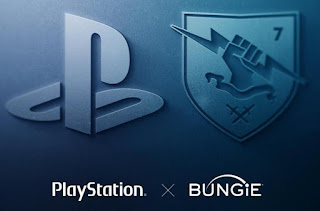 Sony Acquires Bungie. (Bungie)
Lumbunggames.com- Sony has officially acquired Bungie for US$3.6 billion or equivalent to Rp. 51 trillion. Sony's move to acquire Bungie is seen as a response to Microsoft's reprisal of Activision. With the acquisition of Bungie, it is expected to help Sony to net billions of players. Moreover, there is no doubt about the big name of this one game studio.
"This is an important step in our strategy to expand the reach of PlayStation to even more audiences," said Jim Ryan, President and Chief Executive at Sony Interactive Entertainment (SIE).
Sony did not say when the acquisition was completed. In the future, Bungie will operate independently even though it has been acquired by Sony.
"We understand how important the Bungie community is to the studio and look forward to supporting them as they continue to run independently and continue to grow."
Bungie's own big name did not escape the two games he had worked on, namely Destiny and Halo. Halo is one of the games that influenced the popularity of Microsoft's Xbox. Also a Microsoft exclusive franchise. 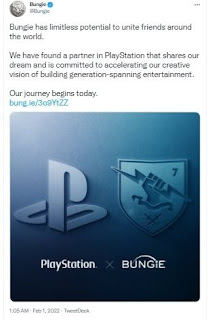 In 2020, Microsoft bought Bungie and its game, Halo: Combat Evolved, which later became an Xbox exclusive. Halo went on to sell millions of copies and helped the Xbox grow in popularity among gamers. Then in 2007, Bungie officially separated from Microsoft and run its business independently. But Microsoft retains the intellectual property rights of the Halo franchise, not the studio's game. In recent times, many companies have acquired the game business.
Previously, Microsoft also announced the acquisition of Activision Blizzard for US$68.7 billion or Rp. 985 trillion. There is also a GTA game developer, Two Interactive, which acquired Zynga for 12.7 billion or Rp. 182 trillion. Will Sony's move to acquire Bungie produce new exclusive games for the upcoming PlayStation platform?
You can also read other articles about 7 recommended Nintendo switch exclusive games, don't forget to share this article on all of your social media, hopefully, it's useful.